Posted on September 18, 2018 by DorothyMarie

How are you? It was Monday and now technically it is Tuesday because where I’m at, it’s after midnight. And, yes I did just get done doing some school work. I had two papers to write tonight. Me and my procrastinating! I had one on my personal mission statement and the other was a crisis response reflection paper.  I can not believe I waited until the last minute to do both papers. They were due by 11:59 p.m.  I did but still. Not a good habit to be in.  I have one week left of this class.  My final paper has to be a role play assignment where I place the part of a practitioner and I have to find someone to be the client. I have to record the session and then write a reflective paper on it. I’m so nervous about this one.

Okay so today’s topic is “A picture of you and your family.” I have to be honest, I struggled with this one due to the recent divorce.  I didn’t want to post a picture of the entire family of four that included my ex-husband.  I just didn’t.  Sadly, I don’t have a current picture of me and the girls.  I need to get one sometime soon.  We need to do lunch or something.  I suppose that will have to wait until I can afford it. So, I found an older picture of me and my two girls.  It was taken nine years ago I think. I’m not positive. But it is older regardless. They were both still in school.  It was taken at Fred Meijer Gardens.  We all look a bit different now. Kara and I have both lost some weight. Kayleigh has longer hair now and has put on a little weight.  But, this is my family. The three of us. Well, actually, Jon is missing.  Jon is Kayleigh’s boyfriend. They have been dating for six years now I think? I’m not positive to be honest.  He is family now too.  He wouldn’t want his picture on here anyway. Kayleigh and Jon aren’t even on Facebook anymore.  Since the divorce and since Kayleigh has been living with Jon, I feel like we have all drifted apart.  Maybe that just happens as they become adults and more self-sufficient? I don’t know. 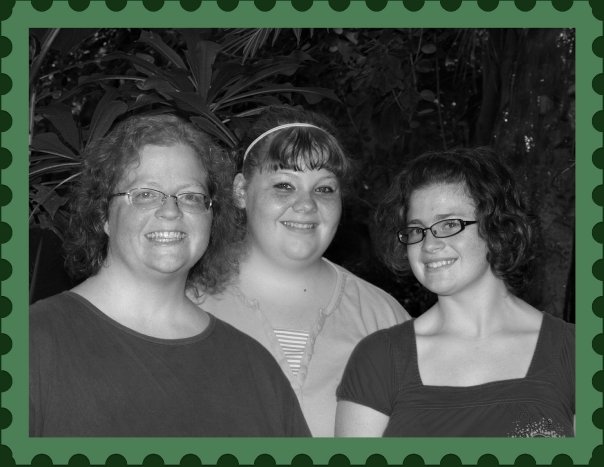 Wherever you are in this beautiful world, I wish you peace, love and happiness.

Isn't it time to catch your breath?